ENTER
Updates
2022
Chrissy has been doing a lot of the combat sport Muay Thai these days. She had her first amateur fight in August and is now instructing at Hit House, a boutique cardio muay thai studio.
​
She is also still singing and performing midtown at Ellen's Stardust Diner.
Jan 2021
Broadway Alive, a virtual cabaret show was streamed live from an empty Ellen's Stardust Diner. The video is now available on Youtube
Jan 2021
Chrissy will be featured on the well established online cabaret series LIVE FROM QUARANTINE on
​ January 6th at 8pm. The link to buy tickets is available HERE . A majority of the ticket price goes towards the performers while a portion will also benefit The American Civil Liberties Union.
October 2020
Chrissy will be joining the cast of Jasper in Deadland, a live online musical, on Friday October 9th 8pm EST as they raise money for The Actor's Fund. There is also a talk-back with creators Ryan Scott Oliver and Hunter Foster after the show! It will be available for free on Broadway on Demand and Youtube.
August and September 2020
Chrissy sang in a live online cabaret with Piano Bar Live! (available on Broadway On Demand) as well as two more live online cabaret appearances on John and Friends on Youtube.
March 2020
A Gentleman's Guide to Love and Murder at Florida Repertory Theatre ended its successful run in Fort Myers. 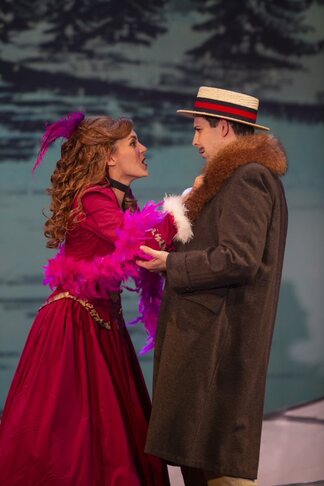 January 2020
Chrissy is making her solo cabaret debut at The Duplex Wednesday January 15th at 7pm. Tickets can be found HERE! She is also heading to Florida Repertory Theatre to return to A Gentleman's Guide to Love and Murder as Woman 3 u/s Phoebe.
December 2019
Chrissy played "Clarissy" in the latest edition of the Kapow-i GoGo saga Kapow-i GoGo Holiday Special #2 (from the creators of PUFFS) at the PIT. 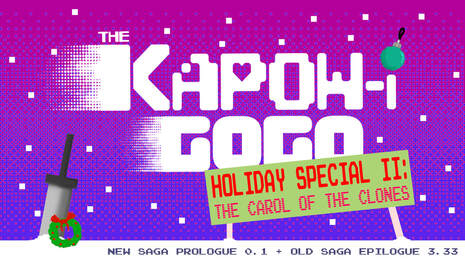 August 2019
Chrissy helped close PUFFS Off-Broadway after over 200 performances.
June 2019
Chrissy was interviewed by Pop-culturalist.com about her time in PUFFS. Read the article HERE!
May 2019
Chrissy performed in a showcase at the Duplex featuring actors from 5th Floor Theatre's productions. 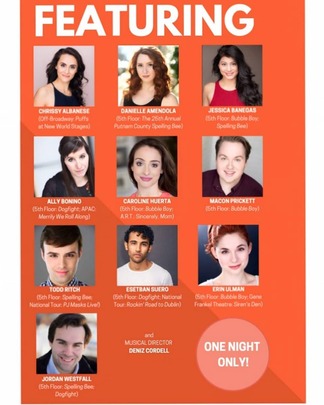 April 2019
Reunited with some of the cast of Truth Bachman's FARMED to do a small set of songs on a live WNYC Greenspace broadcast. 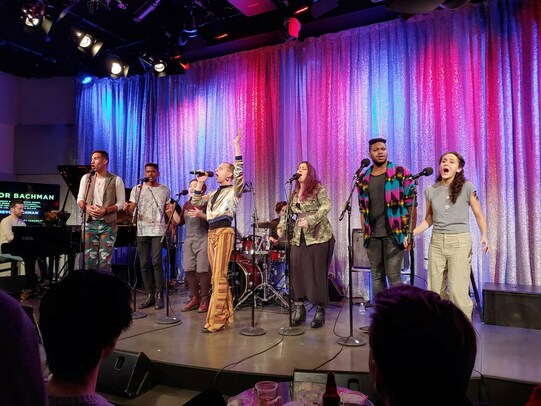 March 2019
Chrissy will be making her Off-Broadway debut joining the cast of PUFFS: Or Seven Increasingly Eventful Years at a Certain School of Magic and Magic March 8th as Sally/Others! 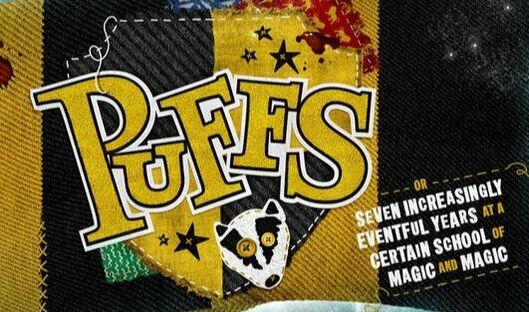 November 2018
Joined the cast of A Gentleman's Guide to Love and Murder at Florida Studio Theatre playing Miss Barley and going on for Phoebe D'ysquith. 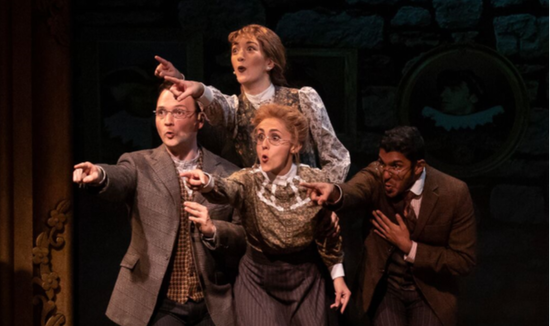 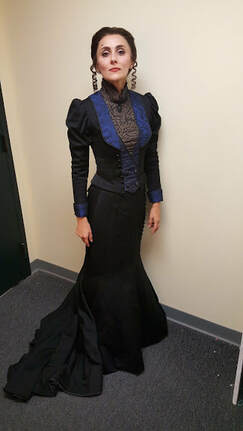 October 2018
Performed at the historic Iridium Jazz Club with fellow members of Ellen's Stardust Diner in the Starduster Showcase. 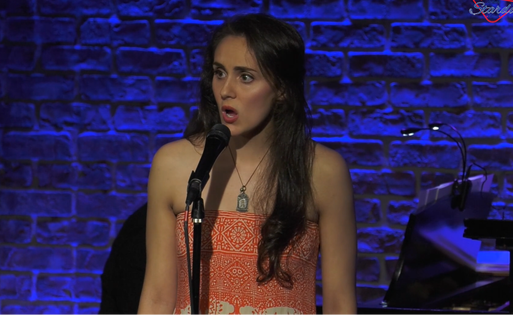 May 2018
​Returned to Truth Bachman's FARMED once more, this time at Joe's Pub. 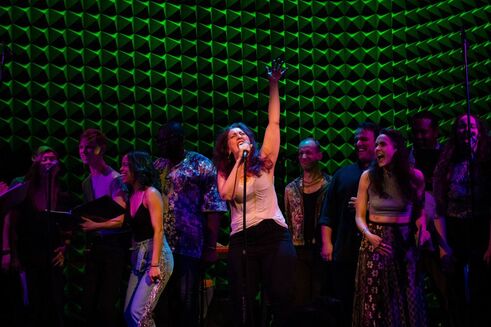 Photo by Marcus Middleton
January 2018
Continued work on FARMED​ performing at the Kickstarter Headquarters in Brooklyn.
June 2017
Live performance of FARMED: A Podcast Album by Truth Bachman, based on the book "Animal Farm," together with fellow NYU alumni. 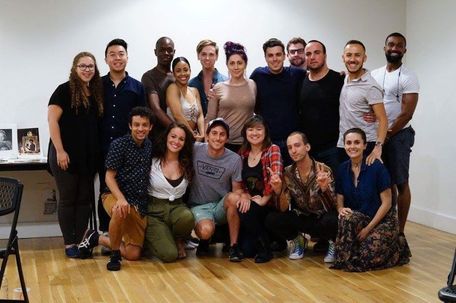 May 2017
Participated in a new devised work called Resurexit with Memsis Theater Project at Dixon Place which combined the elements of Oscar Wilde text, boxing, and Gregorian chant. 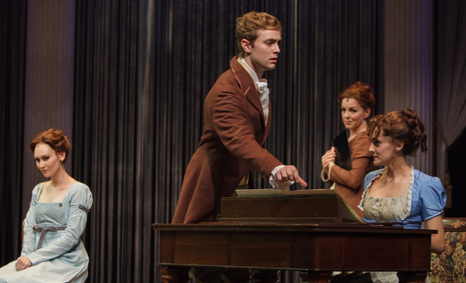 December 2015
Worked on a recording of an exciting new Untitled Project based on a popular movie with music by Alexander Gemignani and lyrics by Brad Bauner. 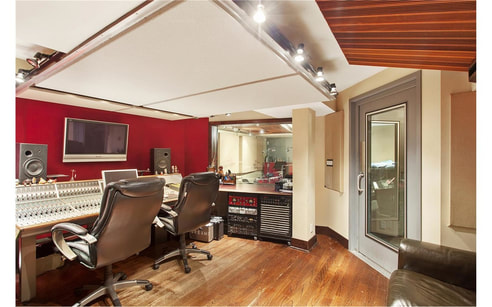 Took part in a reading at the York Theater, a new musical called Gayland, playing the part of Zoe. Click here to see more. 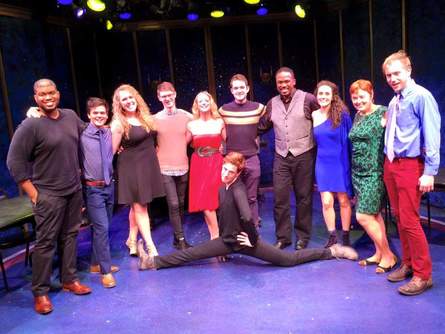 November 2015
Played Mei Mei in a reading of the new musical In Real Life: A SLENDERMAN Musical, music by Trevor Bachman and Jonathan Sokolow, book by Joshua Brown. The staged reading was directed by Ashley Brooke Monroe and performed at Theater For a New Audience. Click here for the Broadwayworld article! 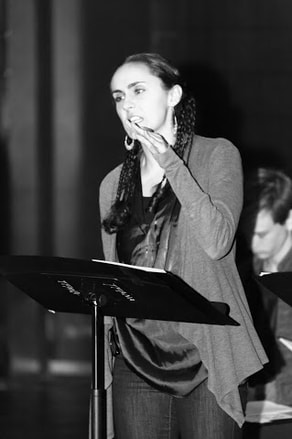 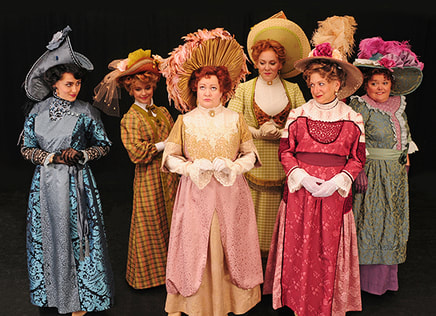 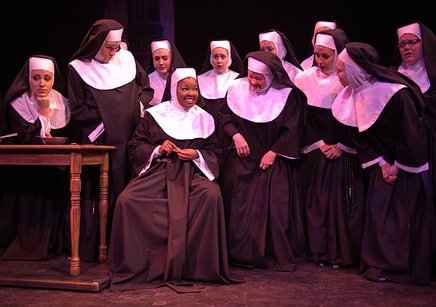 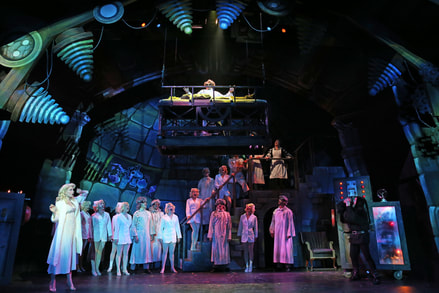 November/December 2014
The Wizard of Oz at Surflight Theater! Here is a link to the broadwayworld review of opening night! 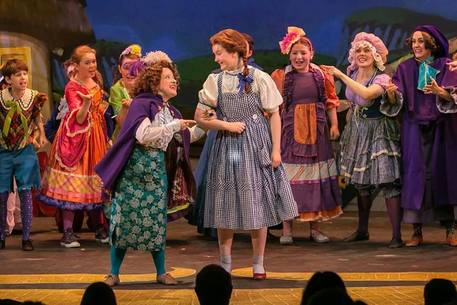 Summer 2014
Got the chance to play a dream role, Eliza Doolittle in My Fair Lady at Arundel Barn Playhouse in Maine. Also took on the role of Margot in Legally Blonde! broadwayworld.com Published an article on this.
Click here to read! 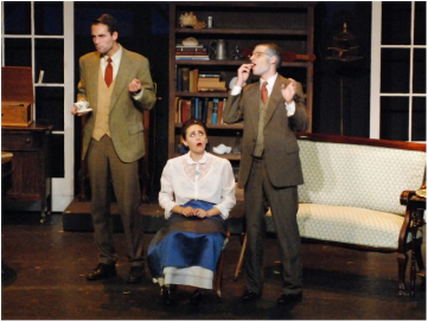